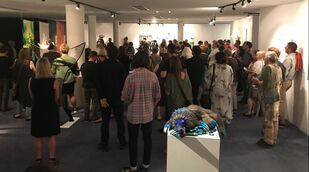 Cultural Production​
Ross Farnell brings extensive experience partnering with community, artists and organisations to develop, facilitate and fund the cultural production of a wide range of arts projects, events and festivals – both within cultural facilities and through activating spaces in townships and regionally.
Here are just a few highlighted projects from the past twenty years of working with the sector to produce and deliver new cultural programs. 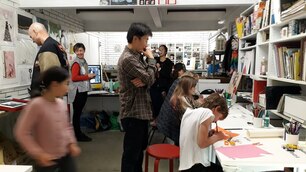 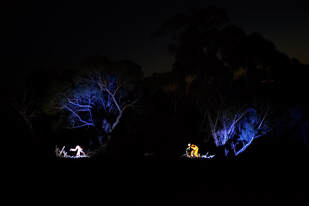 ​​HillsceneLIVE
HillsceneLIVE is an artist development program that culminates in an experimental Live Art Festival held in the Dandenong Ranges each year. The program works tirelessly to create dynamic, responsive and relevant programming through an annual series of performances, workshops and artist led initiatives in activated spaces. 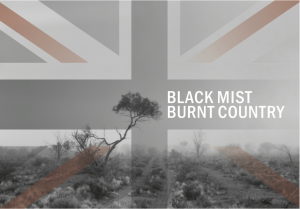 ​Black Mist Burnt Country
An exhibition project developed by Burrinja which commemorates the British atomic test series in Australia through artworks by Indigenous and non-Indigenous contemporary artists across the mediums of painting, print-making, sculpture, installation, photography and new media.
The exhibition was launched on 24 September 2016 at National Trust S.H. Ervin Gallery in Sydney marking the 60th anniversary of the first atomic tests at Maralinga, South Australia. It then toured ten public regional and metropolitan galleries and museums in four states and territories until February 2019.
More than 100,000 visitors attended the exhibition; over 2,000 people participated in 57 public program events.
The exhibition was awarded a Highly Commended at the 2017 MAGNA Awards (Museums and Galleries Australia). It received the Archival Survival Small Museums Award 2017 at the Museums Australian Victoria annual awards.

​​​Belgrave Survival Day
​An annual event held on January 26 that provides an opportunity for the community to celebrate the survival of Australian Indigenous people, their culture and heritage.
BSD has become a prominent annual fixture of the Dandenong Ranges community, attracting 2000-3000 attendees annually.

​​​Burrinja Climate Change Biennale
Global in nature, national in scope and local in action, the Burrinja Climate Change Biennale provides a platform for events addressing one of the most pressing topics of our time.
Uniquely situated in the temperate rainforest micro-climate of the Dandenong Ranges on Melbourne’s eastern fringes, its location offers the perfect backdrop for local and global community knowledge networks to share, learn and expand through the Biennale’s wide-ranging public program and macro-themes.
At the centre of the Burrinja Climate Change Biennale is its Award Exhibition, which provides a space for artists to engage creatively and imaginatively with aspects of climate change. The exhibition invites and encourages the collaboration of science and arts, of critical thought and creative practise.